Originally constructed back in 1990, the two story split level car park located at the top of the EMC Tower in Brentford was showing its age. The coating on the upper deck had degraded and was lifting in many places, breaching the rainwater integrity and allowing moisture to permeate through the concrete structure to the level below. In winter, the top decks of the car park are subject to ice formation, so the deck was regularly treated with rock salt to prevent falls. This corrosive mix then permeated through the beams and re-bar when it liquefied, causing further damage.

EMC Tower on the Great West Road is one of the largest data centres in London. The building was originally constructed as Henly’s car show room but burned down in the late 80s with only the tower element of the structure retained at the heart of what stands today, leading to a mix of a central Art Deco core surrounded by 80s Post Modernism.

Specialists in new build and car park refurbishment projects and responsible for some of the most prestigious car park projects across the UK, CPC specialises in the supply and installation of car park deck, wall and ceiling coatings for multi-storey and underground car parks. CPC is also the UK’s leading expert in the repair and overlay of existing asphalt car park decks.

At the end of 2012, Deckmaster were requested to carry out a review of the project, and in February 2013, following a site survey, the company put forward a remediation proposal, which included stripping, repairing and recoating both of the upper decks using Deckmaster System R. The work also included the unusual step of removing 180 tonnes of soil and ballast from the planting troughs around the perimeter of the car park – all of which had to be done by hand as mechanical options were not viable.

Work finally went ahead in 2015, with the original project programme scheduled to run for just eight weeks. However, regular rain delays extended this window to thirteen weeks. Although these delays were beyond Deckmaster’s control, the company worked to mitigate this by working weekends and also by floodlight where possible and when necessary.

“Deckmaster and CPC managed and carried out this project in a very safe, professional, efficient, and methodical way. Communication was excellent coupled with a ‘can do, no problem’ attitude. They filled us with confidence at every stage, especially when they discovered the perimeter planting troughs were double the depth they originally thought! We now have a modern, safe and aesthetically pleasing car park, and we are very happy with the final outcome. I would have absolutely no hesitation in recommending Deckmaster and CPC for projects of this kind.” 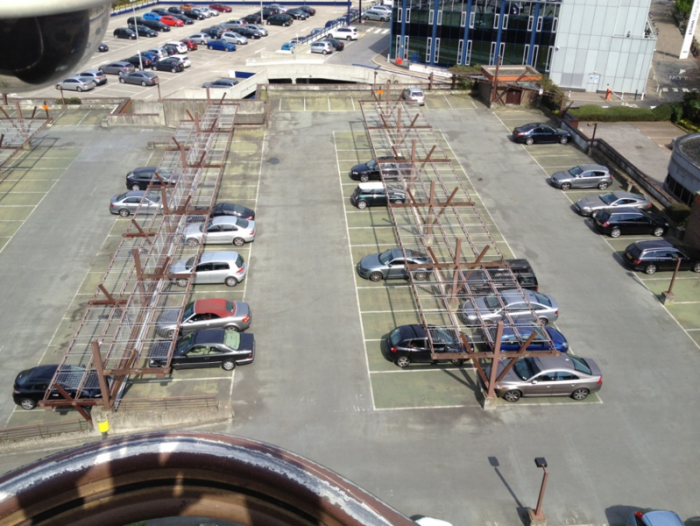 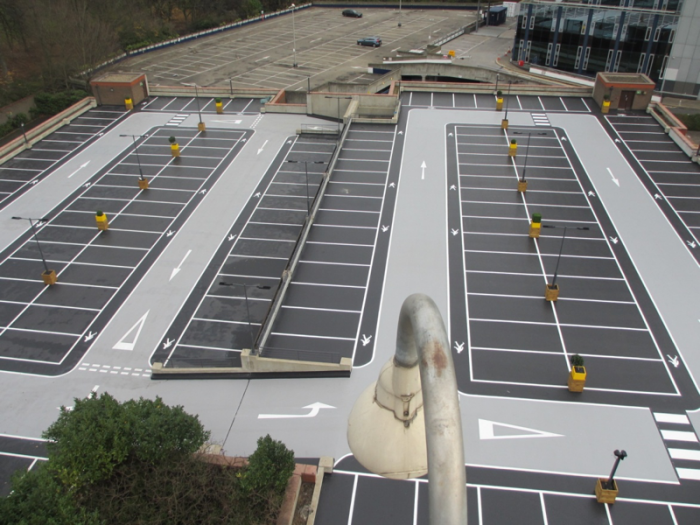